Published on May 15, 2010 Filed in: marketing concept , meetup , social media , twitter by Ramesh 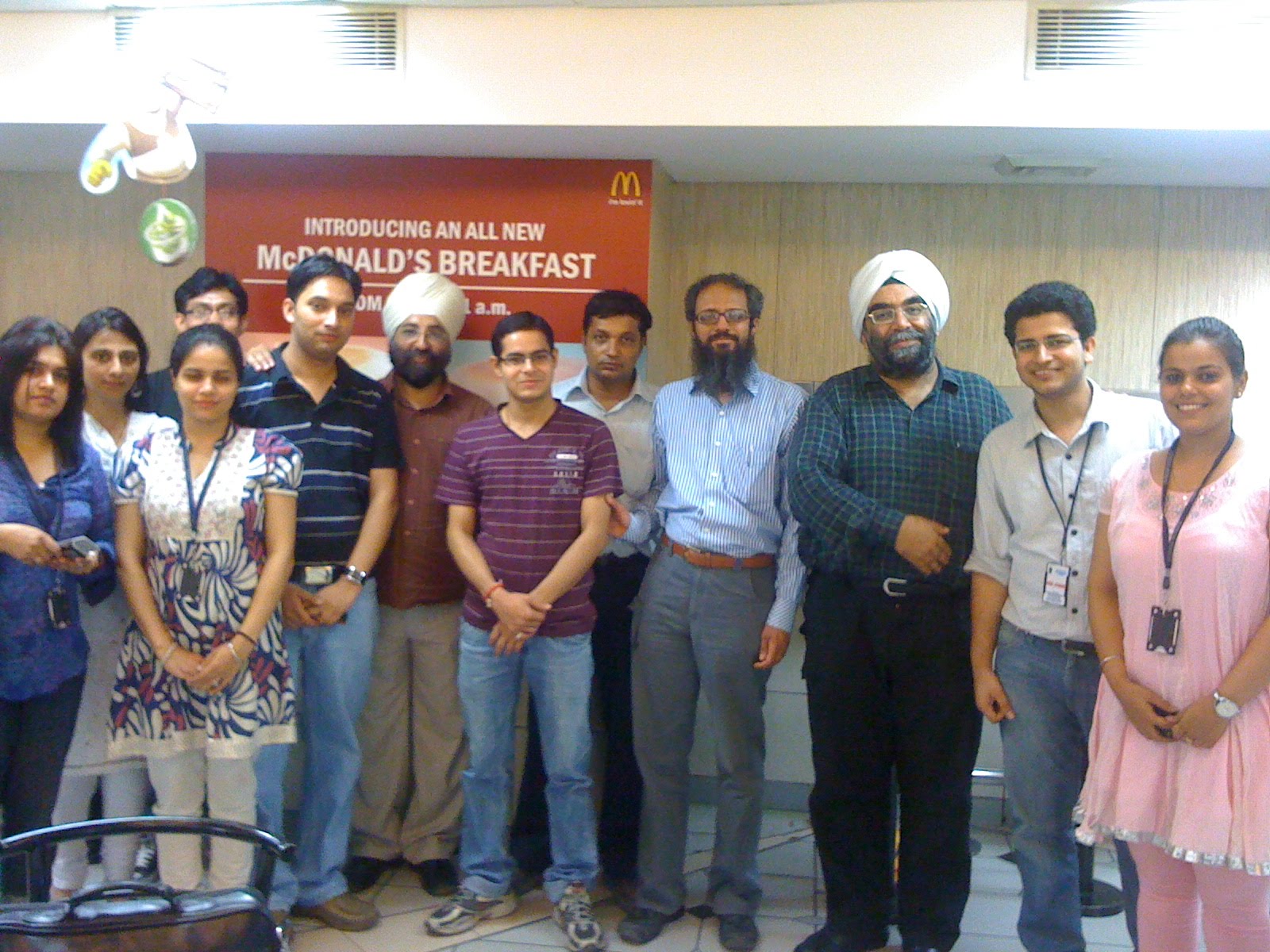 terminology, to share ideas on social media marketing, most of the times in different corners of Delhi, India. You can sign up for this tweetup called Social Media Breakfast. on meetup.com.

Meetup has many Growing communities, who organize such gatherings for like minded people. Organizers and participants, tweet simultaneously about the happenings inside. When you tweet about an event in progress, you become interesting, and worth following. It is a proven twitter strategy which has helped many individuals , organizations and twitter itself growing the numbers you care most. 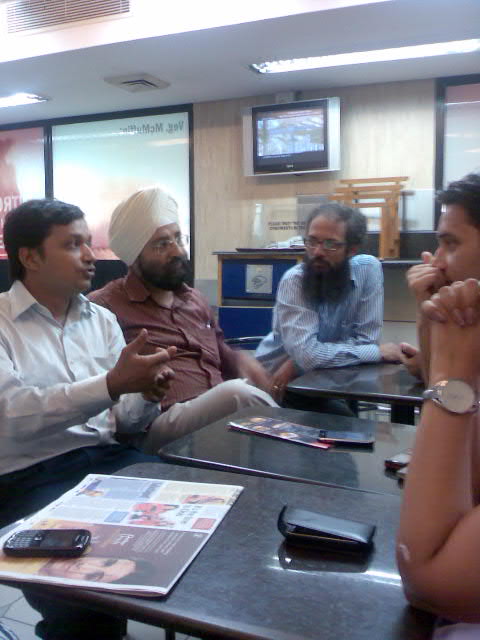 I am not sure whether, organizers who send the tweets online about the inside happenings of the event care to mention your twitter handles. However, one of the regular attendee @DamanAnand told me it has helped him boost numbers. This is not their burden anyway, if you are concerned about it, you should be in touch with them and people who matter there both on twitter and tweetups so that they remember your handles. Fortunate are those who have used their actual nicks as twitter handle. @simarp is better than @netargument, provided he asks others to address him by the same name. It becomes easy to talk to you and refer to you on twitter simultaneously.

A tweetup invitation with your twitter handle printed on a T-shirt, would be a great catch for attendees, gifted by @thehost at back! Some attendees if not all would surely wear them at different tweetups, and even as a casual. As an attendee you should try your twitter handle to be known and referred by as many people as possible. While introducing yourself to others you should also mention your twitter handle. While commenting too you should tell what your twitter handle is, if many are not aware of who you are. It might sound funny to some but definitely not bad. Moreover, it serves the purpose, and you are simply trying to help people who want to refer to you on twitter. It would be great to receive some feedbacks, messages and followers after you return back.

Corporates do use them as brand promotion opportunity, that is the very reason they sponsor it, and you too should not miss the opportunity to boost your personal brand. Joining a meetup group with corporate sponsor has big advantage, they put a lot of effort to bring people together, and takes the burden off other members. I am not aware of other companies but compare infobase does use tweetups to boost their brands and they seem to be aggressive on this front. Using tweetups to launch twitsnaps.com was an excellent idea, as alexa traffic figures proove it. It has steady growth in the months of March, April & May. Though I believe, being a plural worded domain, it conflicts with twitsnap when it comes to recalling it. I missed it twice, trying to attach a snap on twitter and used twitpic instead! I personally don't prefer plurals in domain, and never recommend it, till you intend to own both! With social media increasingly becoming part of branding, it should be taken care of.

Ramesh, I would surely wear the T Shirts, but will also wear a jacket over it :)

I recently came across your blog and have been reading along. I thought I would leave my first comment. I dont know what to say except that I have enjoyed reading. Nice blog. I will keep visiting this blog very often.